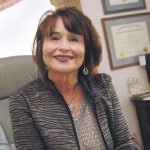 The Internal Revenue Service announced late last month that the Maximum amount Individuals with FAMILY Coverage could contribute to their health savings accounts would be REDUCED slightly from their previously announced limit for 2018. The maximum contribution for people with Individual Coverage in 2018 remains Unchanged at $3,450/

The FAMILY COVERAGE CONTRIBUTION is REDUCED from $6,900 to $6,850 for 2018. While this isn’t much of a change, ignoring the new limit could create headaches for people who have already made the maximum HSA contribution for the year 2018 based on the original $6,900 figure. It’s not too late to ask your bank to REFUND the $50 PLUS ANY EARNINGS that have accrued to AVOID the 6% penalty for exceeding the Maximum Contribution Allowed for 2018.

This year, for the first time, The IRS will not be accepting electronically filed tax returns for filers who do not report whether they had health insurance all year. Additionally, any paper tax return filed without this information could have any expected refund delayed. Those people who were uninsured for part of the year need to file Federal Form 8965 with their tax return to report a short-term coverage gap & claim an exemption from coverage (3 months or less).

The U.S. Department of Labor announced a Proposal to Expand Access to Healthcare thru Small Business Health Plans –still under review. We are constantly asked about “Association Health Plans” whereby small businesses can band together to provide affordable, quality health coverage for their employees & families. This proposal would allow employers to form a Small Business Health Plan based on either Industry or Geographic Location or Both. We hope to be able to report on further action, consideration and modification of this proposal in months to come. Stay Tuned.

The Wall Street Journal announced earlier this week that Walmart is in the Very Early Stages of talks to buy Humana. The Nation’s Largest Health Insurers have been searching out other options since Federal Judges and the U.S. Department of Justice denounced Humana’s attempted merger last year with Aetna and Anthem’s planned acquisition of CIGNA due to antitrust concerns. Currently, several insurers are entertaining other acquisitions/mergers (CVS would buy Aetna) and CIGNA would purchase Express Scripts. More information to follow in upcoming Newsletters. As We Learn, It is Our Privilege to Share & Serve.